Fruit trees, in their varieties of seed trees, stone trees and nut trees, will play an important role this year in the nursery exhibition of the 64th edition of the Sant Miquel Agricultural Fair (Spanush Agricultural Machinery Fair) and the 33rd edition of Eurofruit (Professional Fair of Suppliers of the Fruit Industry), which will take place from 27 to 30 September at the Fira de Lleida facilities. In addition to the production of stone fruit trees and pome trees —and other more atypical productions such as truffle plants—, grafts and rootstocks will also play an important role in the nursery offer.

Viveros Provedo presents as a novelty in Sant Miquel several peaches and nectarines with Extreme taste. It will also enhance some of its new varieties of plums, such as Blondy®79, early, with excellent productivity, high caliber, beautiful skin of a very resistant golden yellow color, which is not marked when harvested and perfectly resists the commercial channel. In pavements, Argos® stands out, a variety that is achieving extraordinary success. Its precocity and hardness, together with its large caliber, make it a very powerful product that also has a very long post-harvest life that allows it to be exported over long distances.

Provedo holds 90 patents as a result of its research efforts, each one with specific characteristics and aimed at a specific market or use. It is a highly expanded and consolidated firm in countries such as Chile, South Africa, USA, Australia, Italy, France, Egypt, Morocco, Tunisia and Turkey.

Vivers Duran is a family business with more than sixty years of history specializing in fruit tree seedlings that will present a wide range of olive, almond, apple and pear trees, among others.

Vivers DLP, a subsidiary of DL (Davodeau-Ligonnière) in Spain, will offer the best varieties of apple trees in a 9-month-old plant from English grafting. It has exclusive DL varieties available for licensing such as Gala BROOKFIELD® Baigent, Granny CHALLENGER® Dalivair, Golden REINDERS®, Golden PINKGOLD® Leratess and external licenses for Fuji ZHEN® AZTEC, JEROMINE® and Golden CRIELAARD®.

DLP Nurseries’ strategy is to offer a tailor-made plant. The client chooses the variety, the exact rootstock and the type of branching, and the firm adapts each order to the client’s request to achieve the entire branching without gaps in the plant.

The company Plavise will be present at the fair with its range of rootstocks and certified apple and pear trees. It will also display peach seeds.

Certiplant, a company of the Nufri Group, is the leader in the production of certified apple and pear plants, and has the best clones of each variety. It is also at the forefront of varietal developments in the stone fruit sector. The company is committed to varietal innovation and will promote varieties such as the Elliot pear or the Harrow Sweet at the show.

Inotruf, one of the few companies in the country dedicated to the production of high quality mycorrhized plants, will show its catalogue of mycorrhized seedlings with black and summer truffles.

According to the Federation of Nursery Farmers of Catalonia, the companies that make up the sector are small and medium-sized, most of them family-run. The size of the holdings varies from one hectare in the case of intensive production of ornamental plants under glass to more than 50 ha in the case of tree and shrub production outside. The main markets in the sector are the rest of Spain and, increasingly, other European Community countries, mainly France and Italy. The Catalan nursery growers export plants worth around 40 million euros a year. 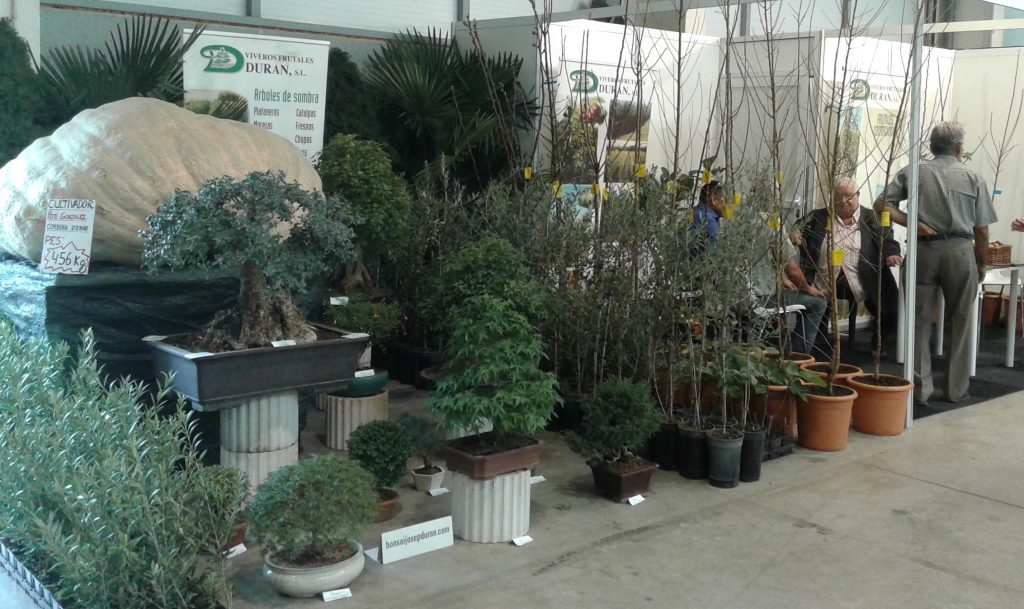